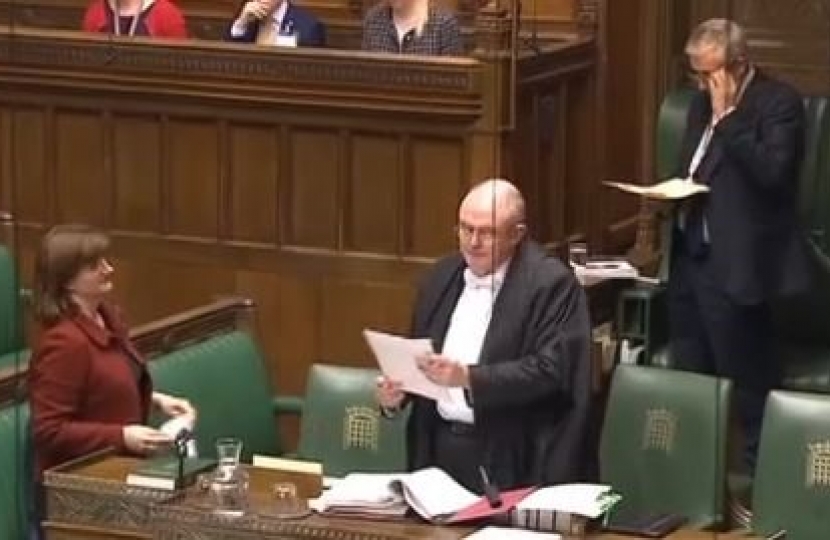 Loughborough MP Nicky Morgan this week made use of a centuries old procedure to highlight the case of Loughborough taxi drivers angered by changing licensing rules.

After listening to representations made by local cabbies Nicky decided to present a petition signed by 124 drivers based in the town on the floor of the House of Commons late last Monday night.

The historic process, stretching back to Saxon times and used infrequently since, means that the concerns of the taxi drivers are included in Hansard, the permanent transcipt of all parliamentary business, as well as ensuring a response is received from the relevant government department.

Drivers are angry that new licencing rules mean cabbies from other areas who do not have local knowledge and whose council’s may not have as stringent vehicle standards as Charnwood Borough Council are allowed to work in the town. The fact that they are not licenced by the Borough Council similarly making it all but impossible to carry out spot checks in order to maintain standards.

Nicky said “I spoke with representatives of our local taxi drivers who made a very persuasive case that the idea of cross border contracting is not only bad for their livelihoods but equally as importantly bad for local residents who use private hire vehicles and deserve a consistently high quality of service when they travel.

“Presenting a petition on the floor of the house is the most direct and public way in the parliamentary system of recording  the driver’s concerns and asking the government to take a fresh look at whether the system is providing the best outcomes for cabbies and their passengers.

“Whilst presenting a petition is an important step in bringing this issue to the Government’s attention I will continue to use all parliamentary avenues open to me to make sure that the driver’s justified concerns are taken into account and passenger safety is protected.”