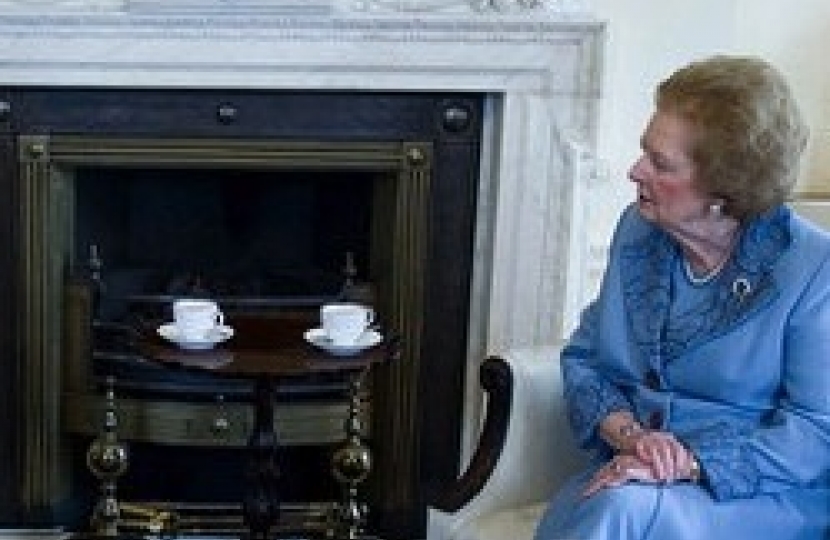 Commenting on today’s news that Baroness Thatcher has died Loughborough MP Nicky Morgan said, “Baroness Thatcher was a truly inspirational politician.  As the first female Prime Minister she inspired me to become a member of the Conservative Party in 1989 and then eventually to stand for Parliament.   She changed the course of British and World history – being the first female leader of the Conservative Party, sending the taskforce to the Falkland Islands, overseeing important industrial relations legislation, giving Britain back a sense of pride and working with Presidents Reagan and Gorbachev to free Eastern Europe from communism.

I was fortunate enough to be invited to an event with Baroness Thatcher in Spring 2010 when she had asked to meet some of those who hoped to be elected to the House of Commons in the 2010 General Election.  For a group of hopeful MPs we were all remarkably tongue tied when she was in the room.  I think she knew that many of us had become involved in politics at the time she was Prime Minister and she wanted to know then, as she always did, that the Party she had worked so hard to promote would stand firm in the hands of the next generation of MPs.”