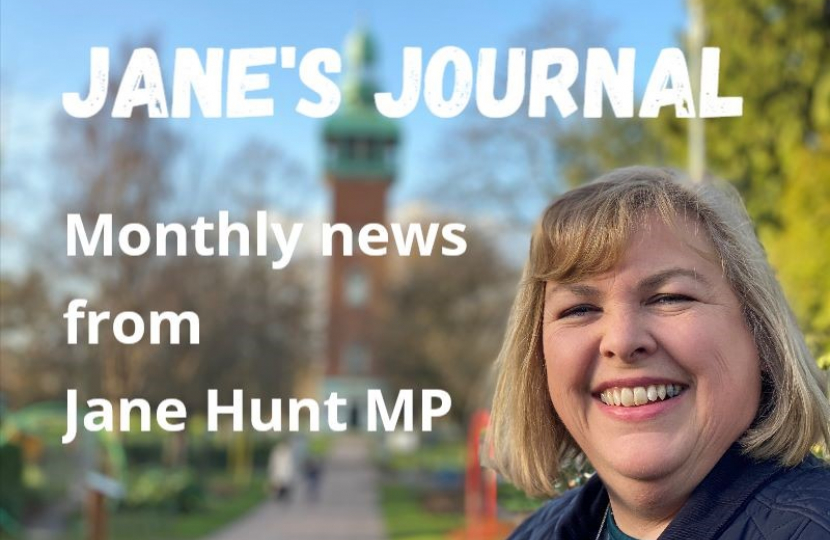 Following on from my previous email earlier this week, in which I set out why I am against the proposal to house asylum seekers in a hotel in Quorn, as well as the actions I have taken to date, I wanted to write to let you know that I have now received an update from the Home Office to say that they have paused their consideration of using the hotel for asylum seekers and that they will keep me updated on any further developments.

I will pass on any further updates to residents as soon as possible.

Hello and welcome to the January edition of Jane's Journal. Happy New Year - I hope you had a good Christmas break and a peaceful and prosperous new year.