Nicky was born in 1972 in Kingston uponThames and grew up in Surbiton, where she attended Surbiton High School, before studying law at St Hugh’s College, Oxford. She qualified as a solicitor in 1994 and worked as a Corporate Lawyer, specialising in mergers and acquisitions, before taking on an in-house counsel role advising on corporate law matters.

Married to husband Jonathan, an architect, since 2000; the pair were thrilled by the arrival of their son, Alex, in January 2008.

In her spare time Nicky enjoys running, often to raise money for local charities; attending her local church; cooking with and spending time with her family; skiing and going to the cinema.

Political Biography
Politics is at the heart of Nicky’s upbringing, with her father being a Councillor in Kingston upon Thames when Nicky was very young. This experience of local government led Nicky to become increasingly interested in the decision-making processes surrounding the British political system and has been the inspiration for both her legal and political careers.

In the 2005 General Election Nicky reduced the Labour majority in the Loughborough constituency from 6, 336 to 1, 996. In the 2010 General Election, after 6 years of campaigning, Nicky was elected as the Member of Parliament for the Loughborough constituency with a majority of 3, 744 votes. She is a member of the House of Commons Business, Innovation and Skills Select Committee.

Campaigning in Loughborough
When she was first selected, Nicky launched her campaign, ‘Listening to Loughborough’, capturing her desire to communicate with and, work hard on behalf of, all those living across the Loughborough constituency- which consists of the towns of Shepshed and Loughborough, the villages of Barrow upon Soar, Hathern, Quorn, Cotes, Hoton, Wymeswold, Prestwold, Burton on the Wolds, Sileby, Walton on the Wolds and part of Mountsorrel.

Recognising the importance of community based as well as constituency wide issues, Nicky has worked hard to meet with and understand the different communities and groups that enrich her constituency; so that she can effectively champion their concerns and interests, both at home and in Westminster. She successfully campaigned to keep Loughborough’s walk-in centre in the middle of Loughborough. Using her business background she organised careers workshops and a Small Shops Campaign at the height of the recession, whilst also setting up a Business Club in an effort to help support our local economy.

She held a successful Community Safety Workshop to address local concerns over anti-social behaviour and is currently involved in the fight against the proposed building of an incinerator in Shepshed. Nicky is working with all interested parties to secure the best possible use of the AstraZeneca site and to move support a to 11-16 secondary schools locally. 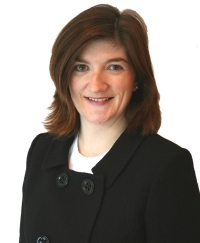 You can contact Nicky Morgan with questions or concerns via...

All enquiries will be dealt with in the strictest confidence by Nicky Morgan.